On Thursday I testified before the Colo House of Reps committee on Health and Environment on behalf of emissions testing along the north Front Range. In case you have never btdt, it is mostly a crock. They have a hearing where they pretend to care what you say, attack the people who they don’t agree with, and shuck and grin with those they do like. It is politics at its absolute worst. Their minds are made up in advance and deliberation is instantaneous. I learned something new, the chair of the Weld County Board of Commissioners stated that the ozone threatening the north Front Range is not created by us, oh no, it comes here FROM CHINA. OH YEAH. China. I guess that sort of thinking comes from inhaling all those sweet smelling feed lot fumes they get over there in Weld. You know the ones, Fort Collins: they come here on a southeasterly wind from time to time. So they proposed killing the emissions program that has been running for two months on July 1, 2011 and then maybe bringing them back in December if the air really is bad. Oh, and the jobs lost, so what. And the money spent by repair shops to deal with the program, so what. And the millions of $$$ to build testing stations, who cares. We all should have known better that if the program was killed we would be SOL and the Republicans doing the killing who support small business and job creation would be the killers. When you are in the brown cloud you cannot see it, folks. Get up to Horsetooth Rock some time and look down to see what is really going on. Oh, that’s right, Weld County is too far from Horsetooth, and their pollution as was stated in the meeting blows to the west. Maybe that’s got something to do with it. Well I CARE and I don’t want to breathe any more ozone or nitric acid or anything else that will damage my lungs. Can I spare $25 and a half hour of my time once every two years to get my car tested? Yes. Can you? 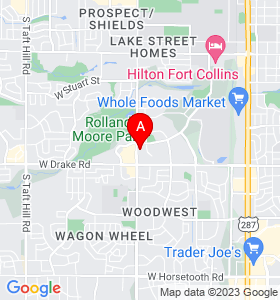